With Best Buy, NCompass created a traffic driving, fully integrated program to celebrate the launch of the NBA 2K video game. The engaging event, hosted by Hall of Famer and game box cover star, Earvin “Magic” Johnson, showcased the new features of the NBA 2K game and brought it to life, literally.

The event included a basketball themed footprint with a NBA 2K12 first to play LIVE tournament. Tournament winners received an exclusive meet and greet with Magic Johnson and a copy of the game. Additional activities included a half court shoot out contest, unique NBA 2K12 game cover photo opportunity and a performance by the world famous Laker Girls!

Consumers had once in a lifetime access to a gathering of true basketball legends: Magic Johnson and teammates from the Lakers’ famous “Showtime era,” and from today including: Hall of Famer, Jerry West (immortalized through his silhouette image on the current NBA logo), Mitch Kupchak (Lakers GM), Michael Cooper (teammate) and current Laker coach, Mike Brown (one of his first consumer appearances in LA after deal was signed).

At midnight the attendees had the “first to purchase” opportunity for the game courtesy of Best Buy. 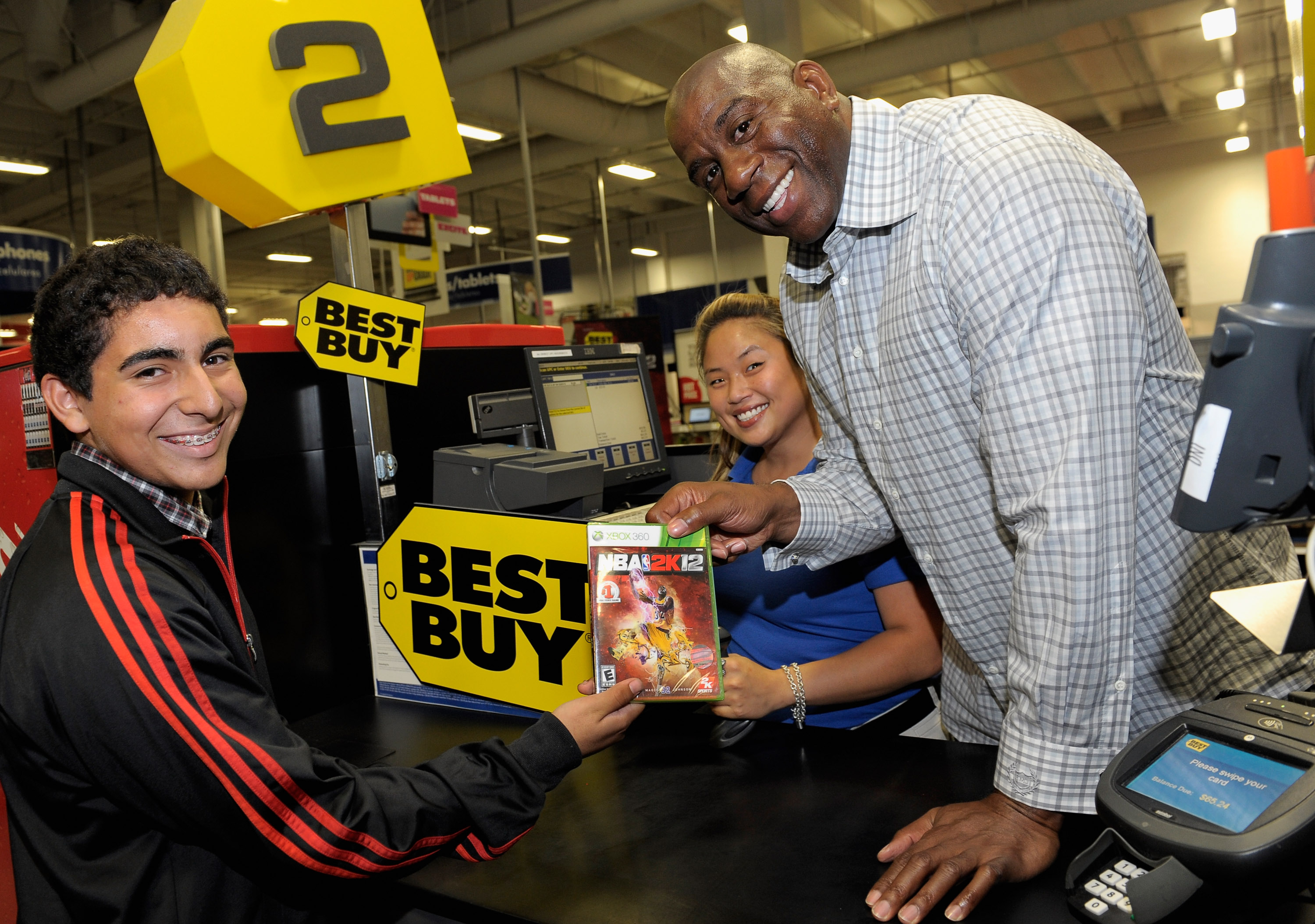 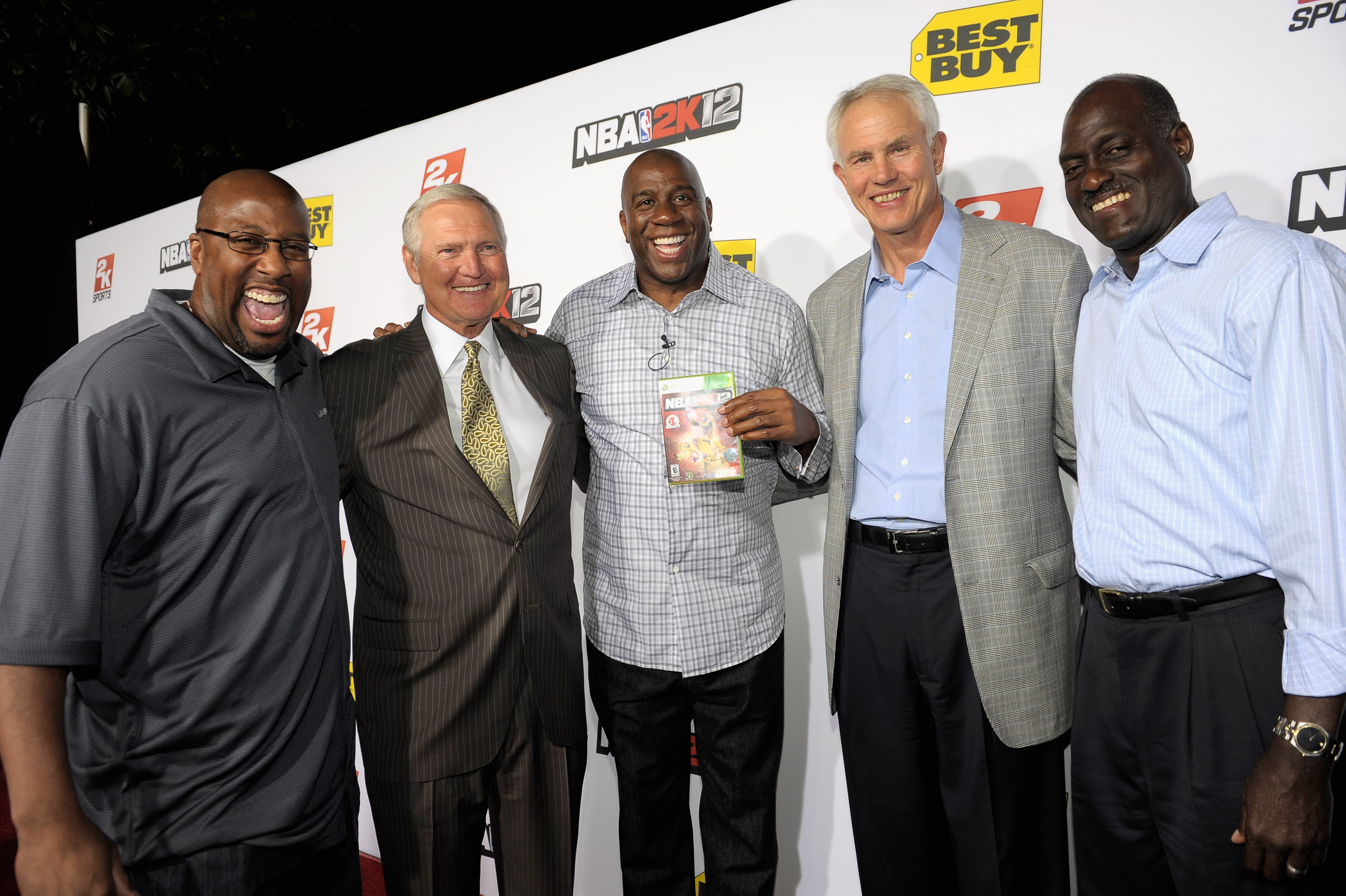 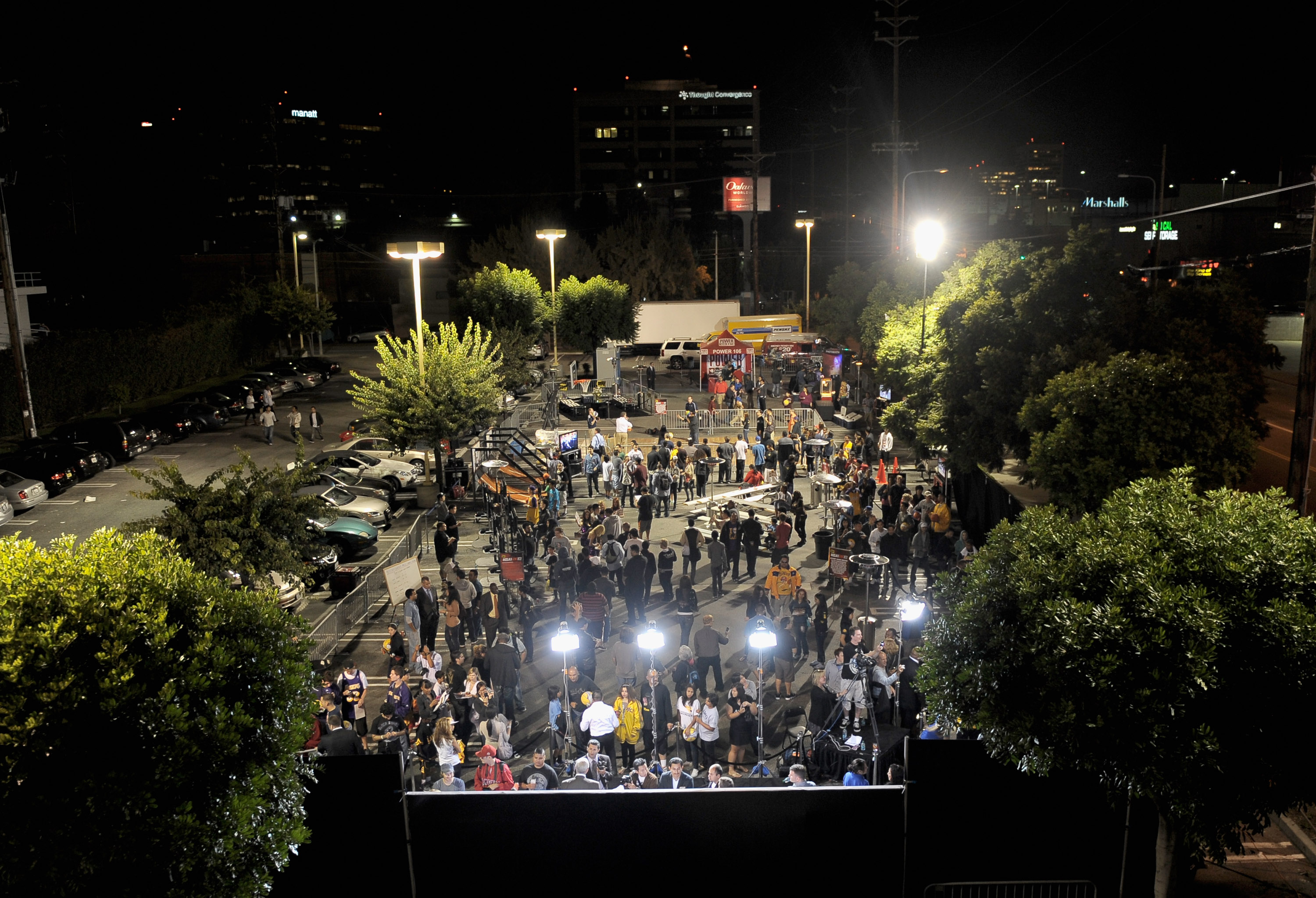 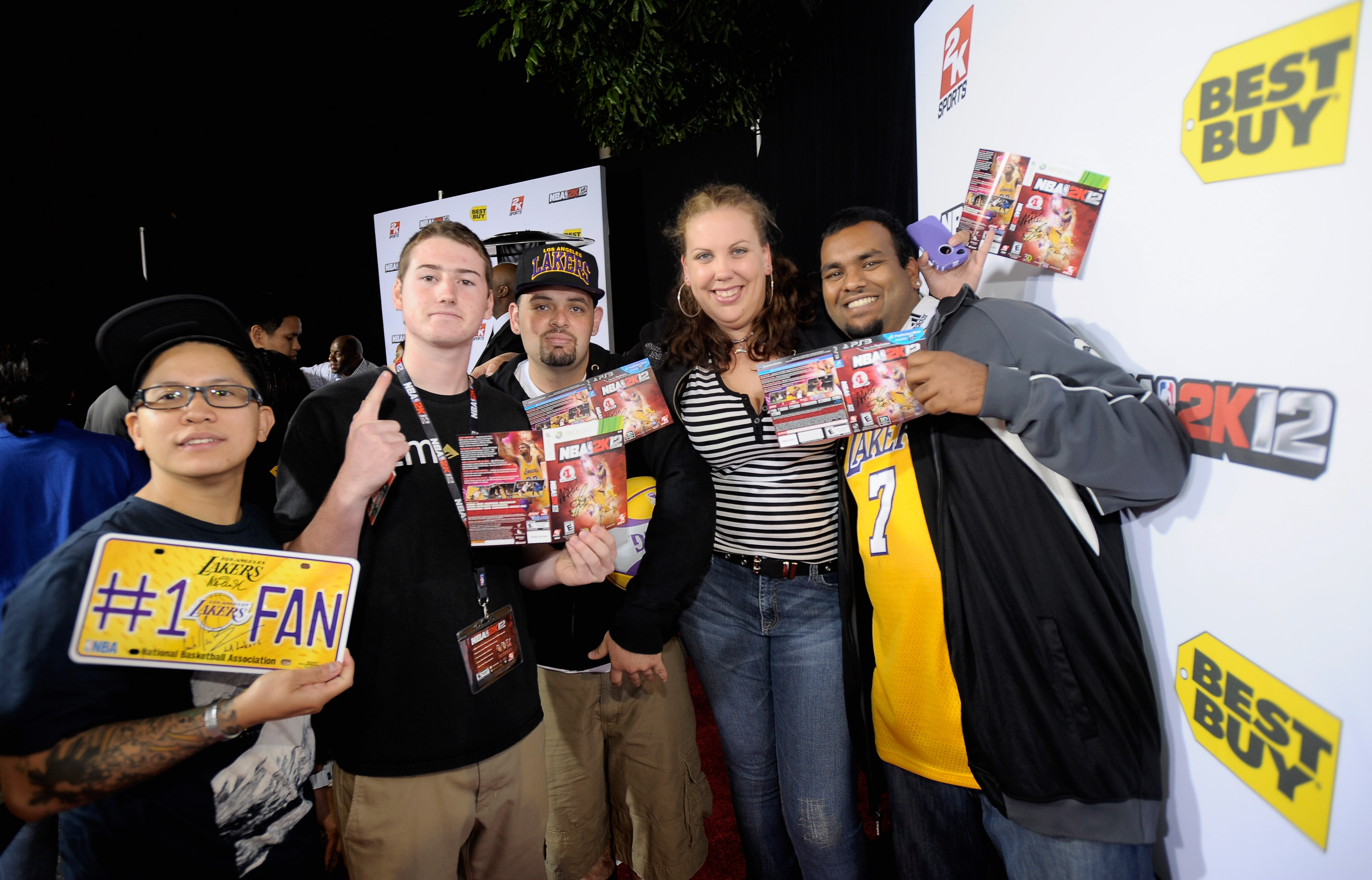 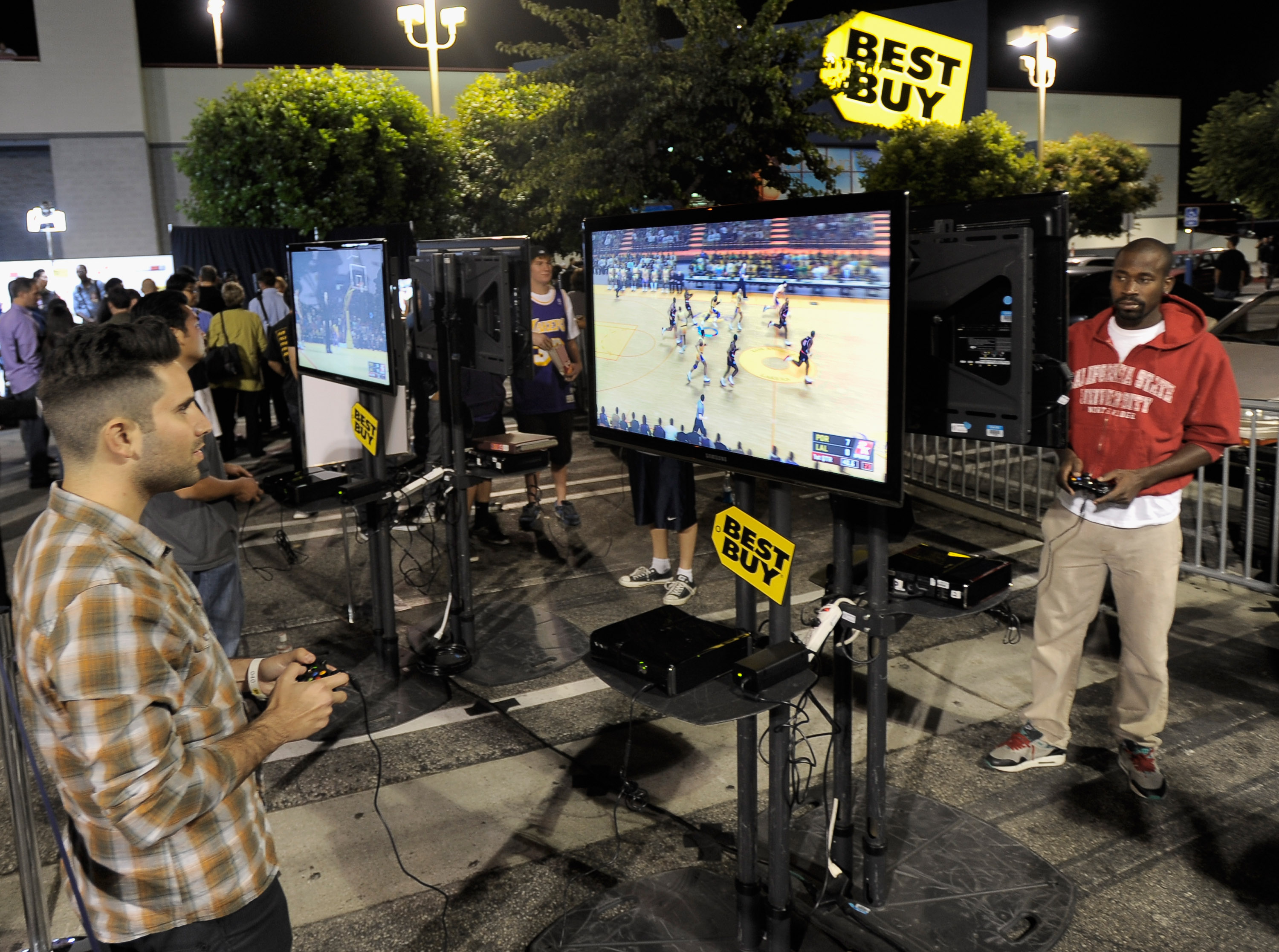 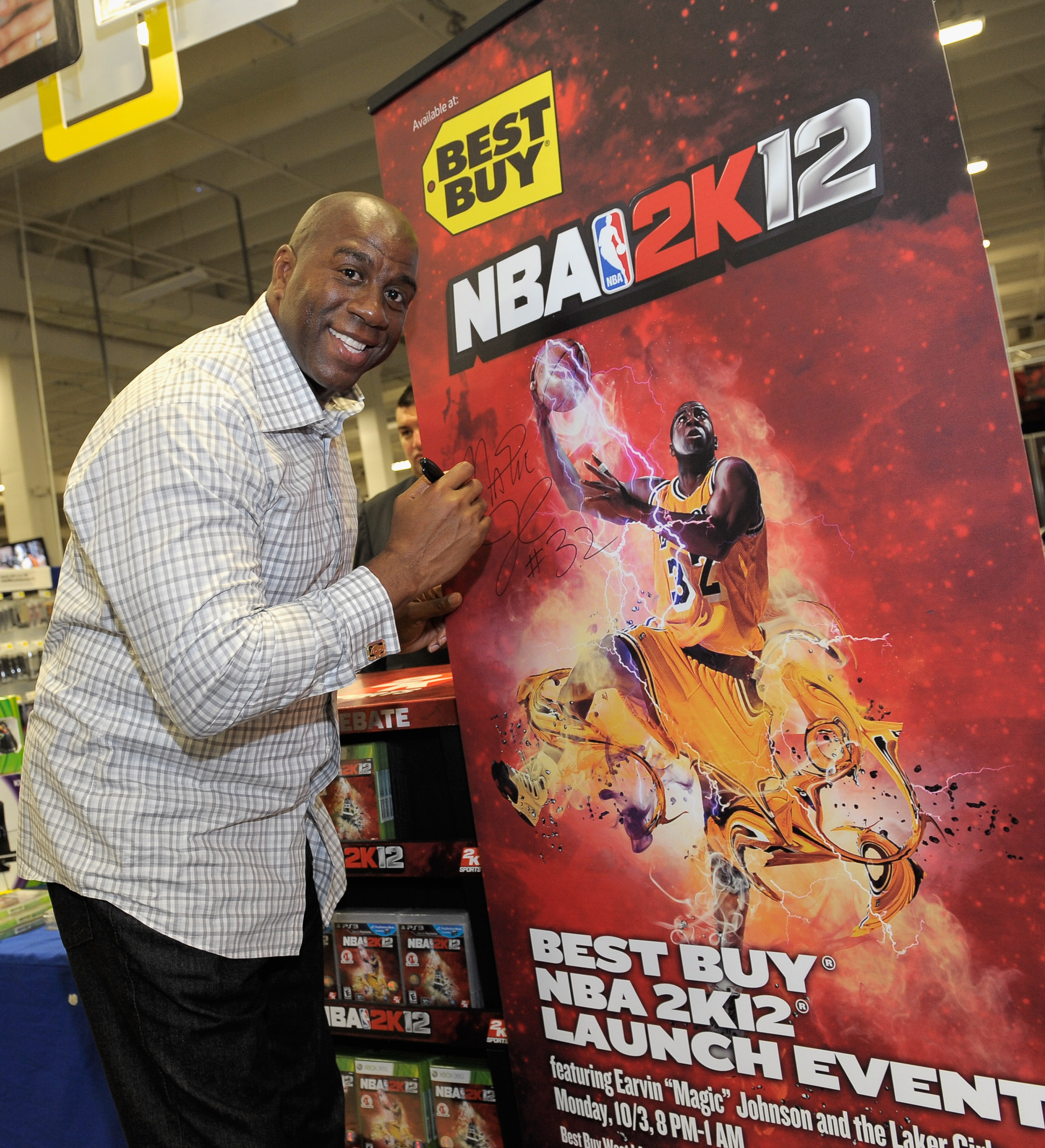