WOW: Having the launch on the rooftop of a Best Buy seen from one of the busiest intersections in the country – where the 405 meets the 10.

This launch had it all… 70 midnight openings across the country including onsite radio remotes in key media markets and cause marketing to benefit the Boys & Girls Club of America. Multi partner promotions including Gibson Guitars, Red Bull, Paramount, Warner Bros., Sony, Disney, B2B networking and PR stunting, which all culminated with a national VIP & press media launch where legendary band, Poison, performed for almost 2,000 excited attendees.

Special custom posters of the game were made with an animated cover of the face of the game. Slash made a special appearance to sell the first game. The footprint was highly stylized including the main stage, which included a 30-foot high neon “burning man” as the back drop (image from the game), a competition stage, which also replicated a second set in the game the Moose Lounge, and three character lounges, which included a console and game character. The character lounges were built to give each partner a different look and feel including Xbox based on Casey Steel, which combined the look of famous punk bars like CBGBs, Wii based on Xavier (Jimi Hendrix character) with shag carpet, lava lamps bean bag chairs and beaded curtais; and Sony PlayStayion based on Midori (a Jpop character) that replicated a contemporary Tokyo hot spot and employee incentives. 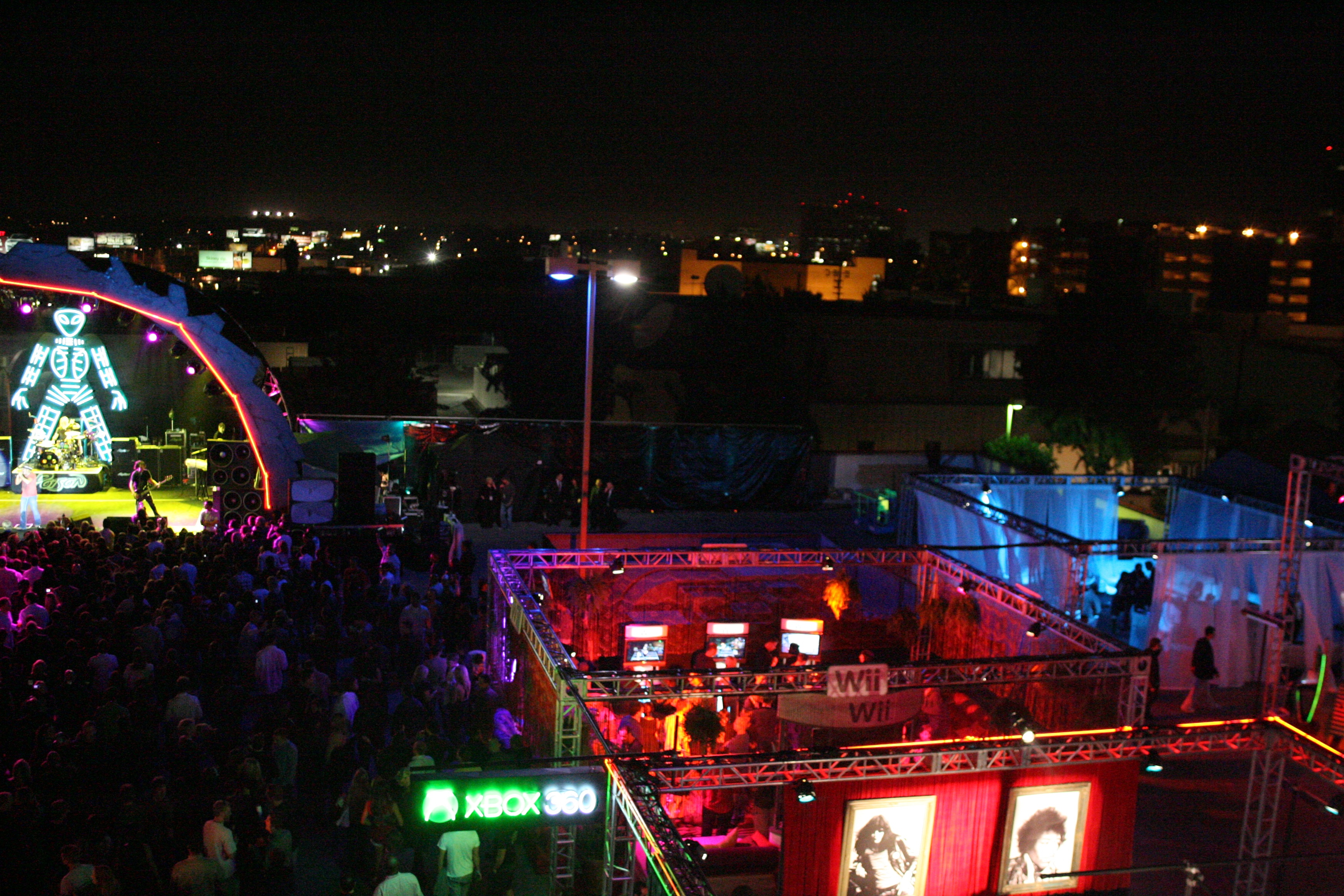 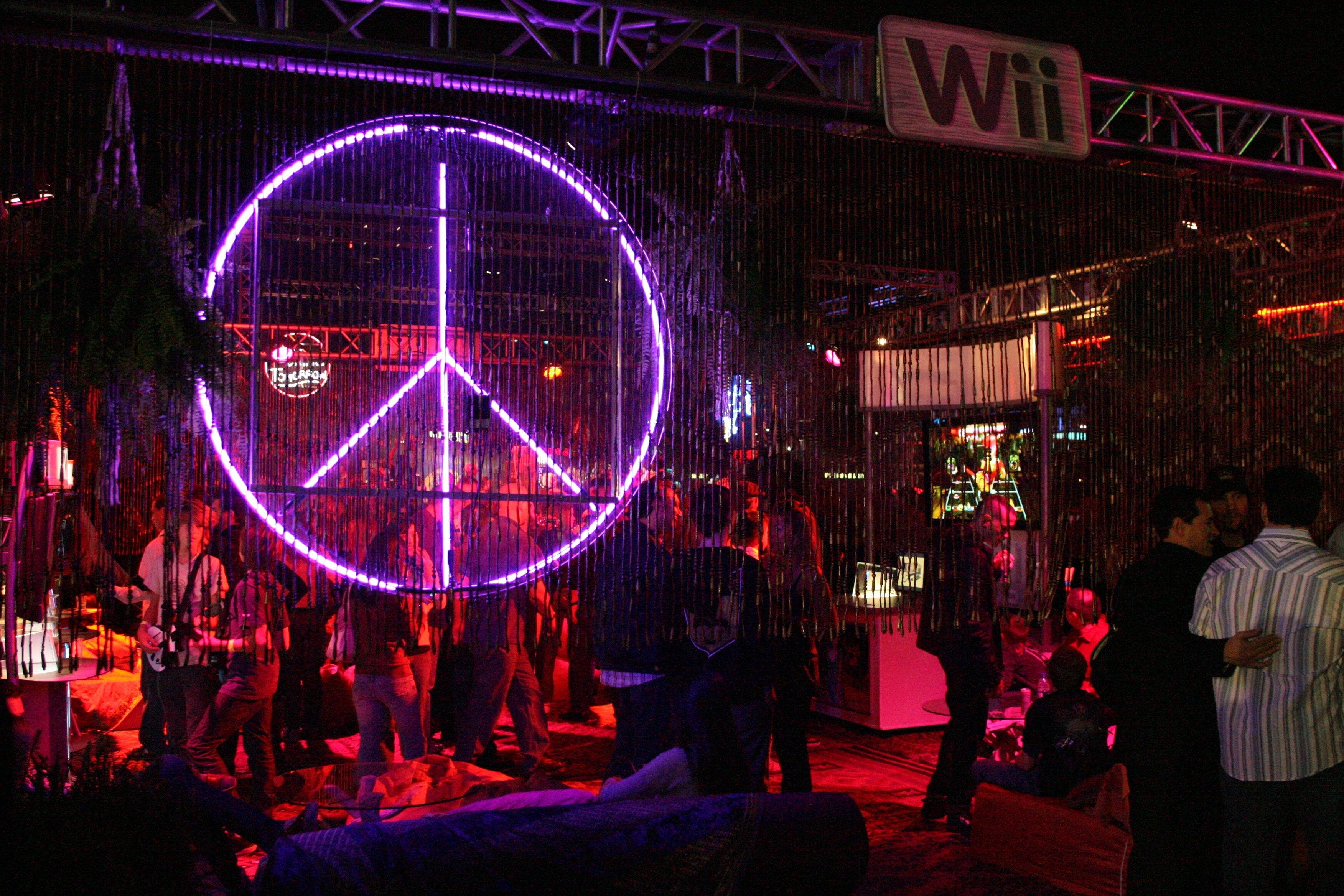 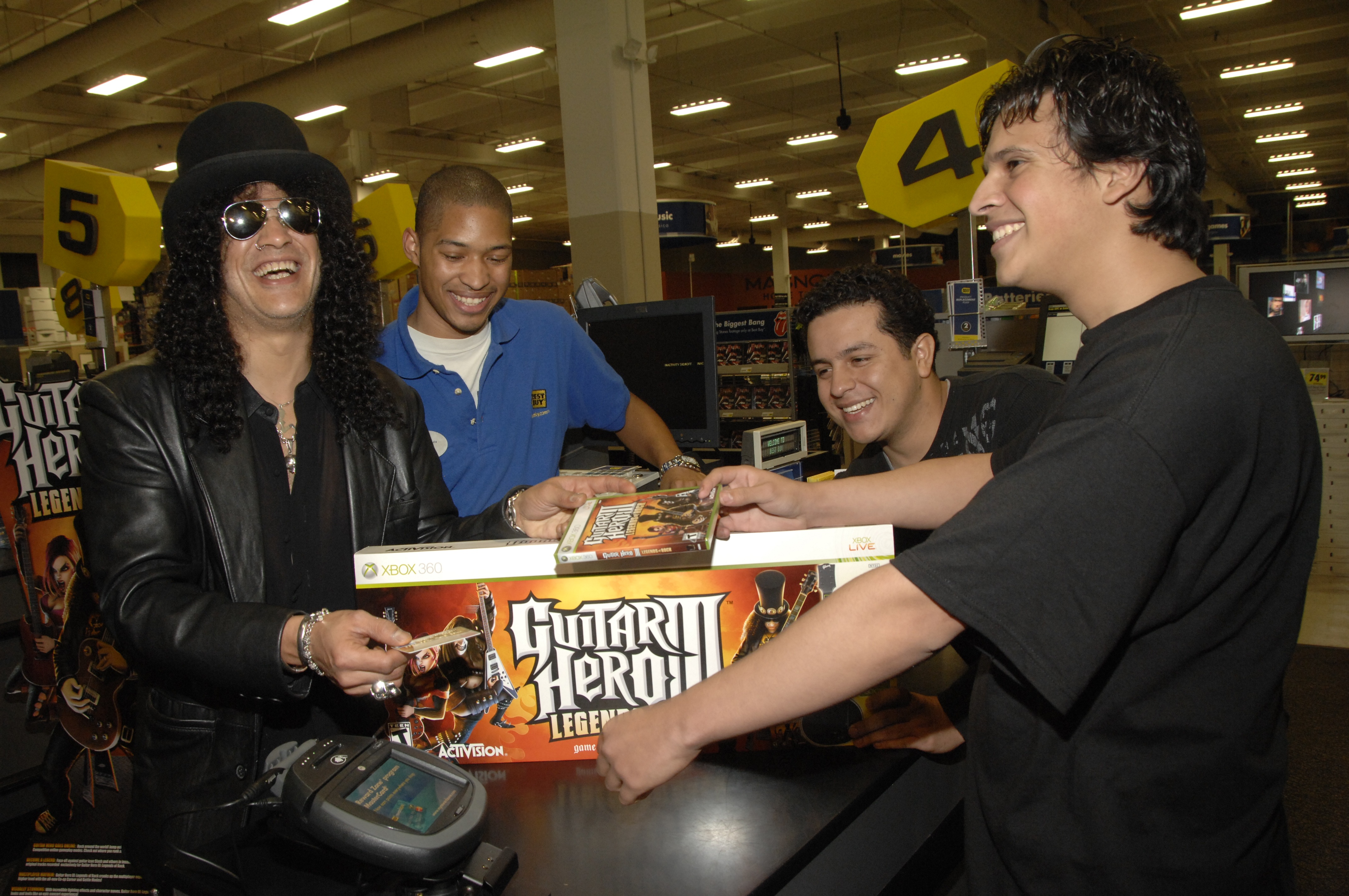 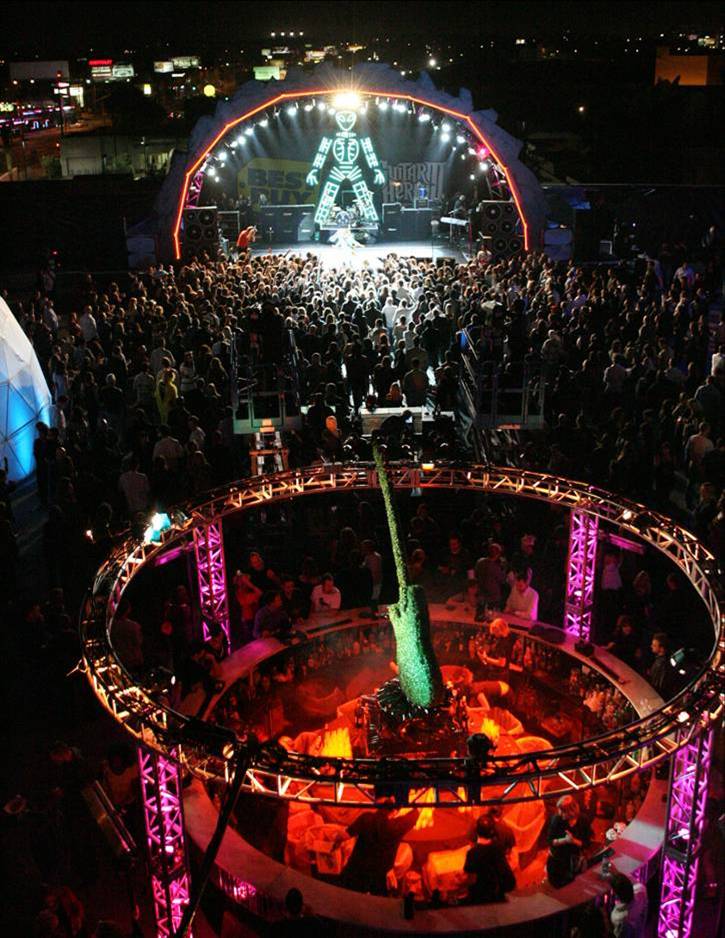 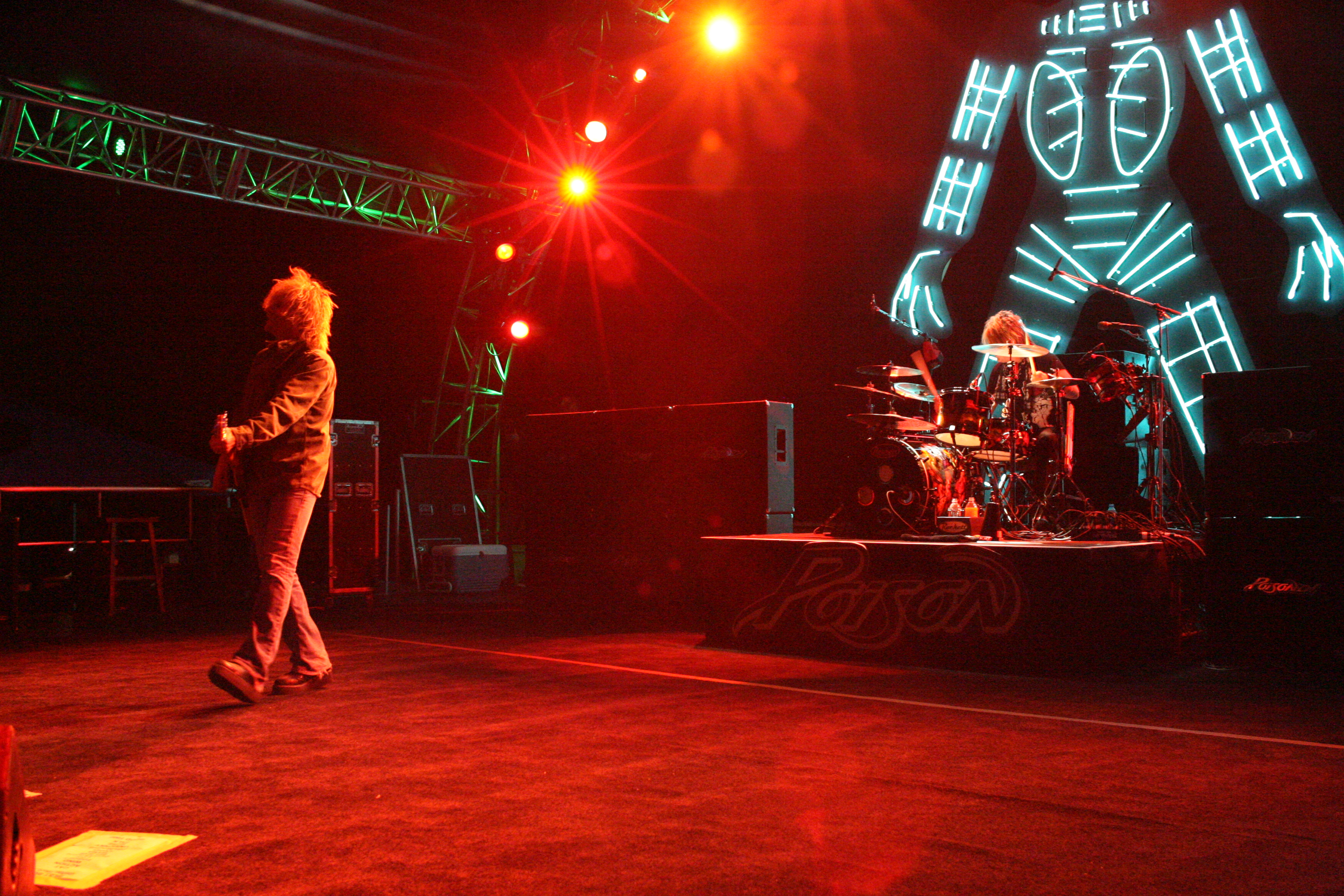 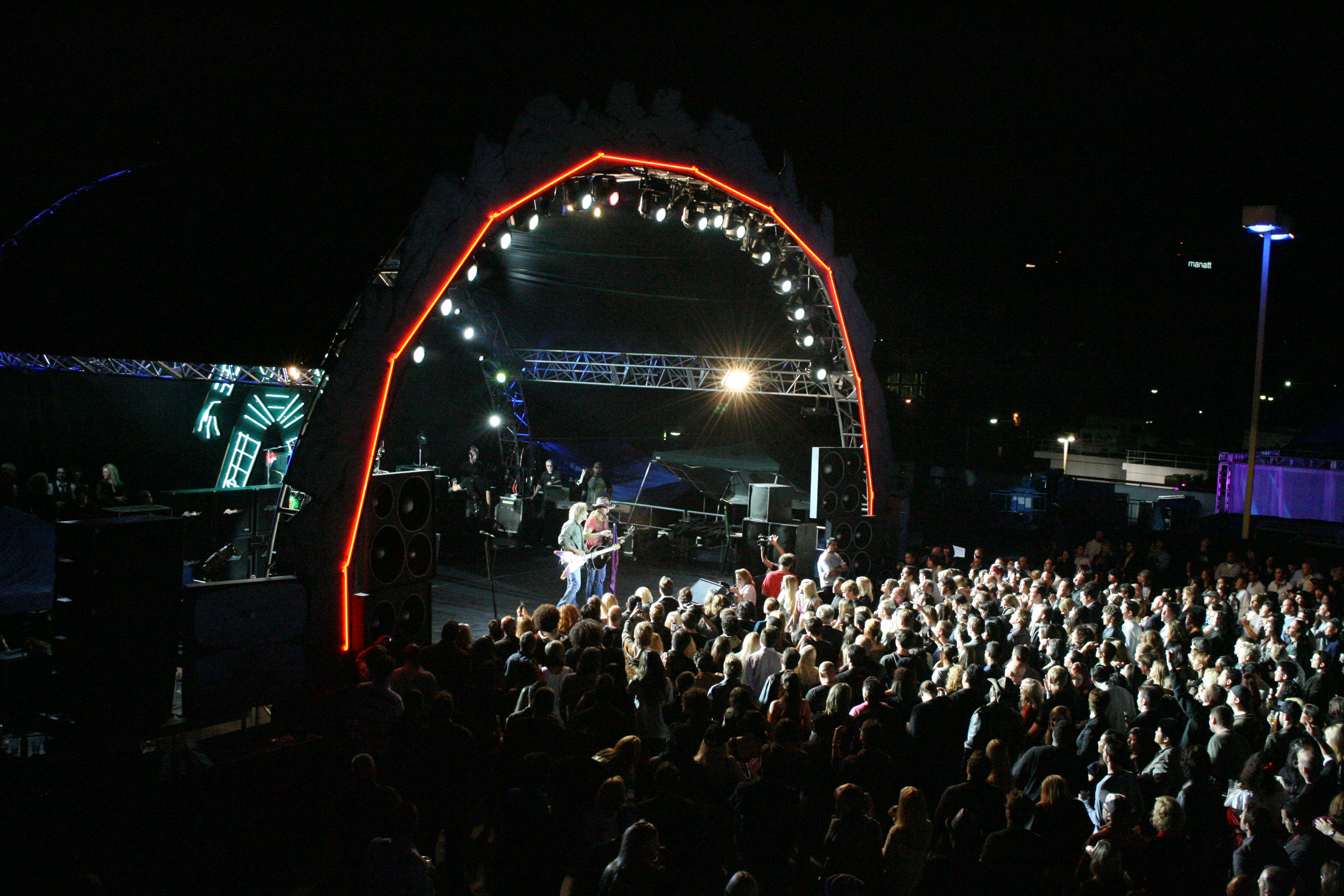