WOW: Fans got the opportunity to hear the new unreleased album in intimate listening sessions with Justin Timberlake at Best Buy stores across the country.

This “first ever” retail listening party event highlighted upcoming and unreleased music and was executed at select Best Buy retail locations in ten key markets, featuring popular recording artist Justin Timberlake. The promotion integrated Samsung and Toshiba (with select featured products) as part of this successful Back to School campaign. Justin Timberlake made one-hour private appearances in a casual setting, playing music from his upcoming unreleased CD to fans, while discussing his music, songs, inspirations and the meaning behind each track. Inside every Best Buy hosting retail location a private environment was created, including a stage with custom set, state of the art audio system, plasma screens, full lighting package, DJ rig and a “standing room only” area for select guests. This format was a revolutionary, never been done promotion at a mass retail location. Hundreds waited in line at each event in anticipation of attending this VIP listening experience. As an added bonus, every attendee received a pair of coveted tickets to his sold-out performance the same evening. The listening party locations were announced live by Justin Timberlake on partner radio stations the morning of each event. 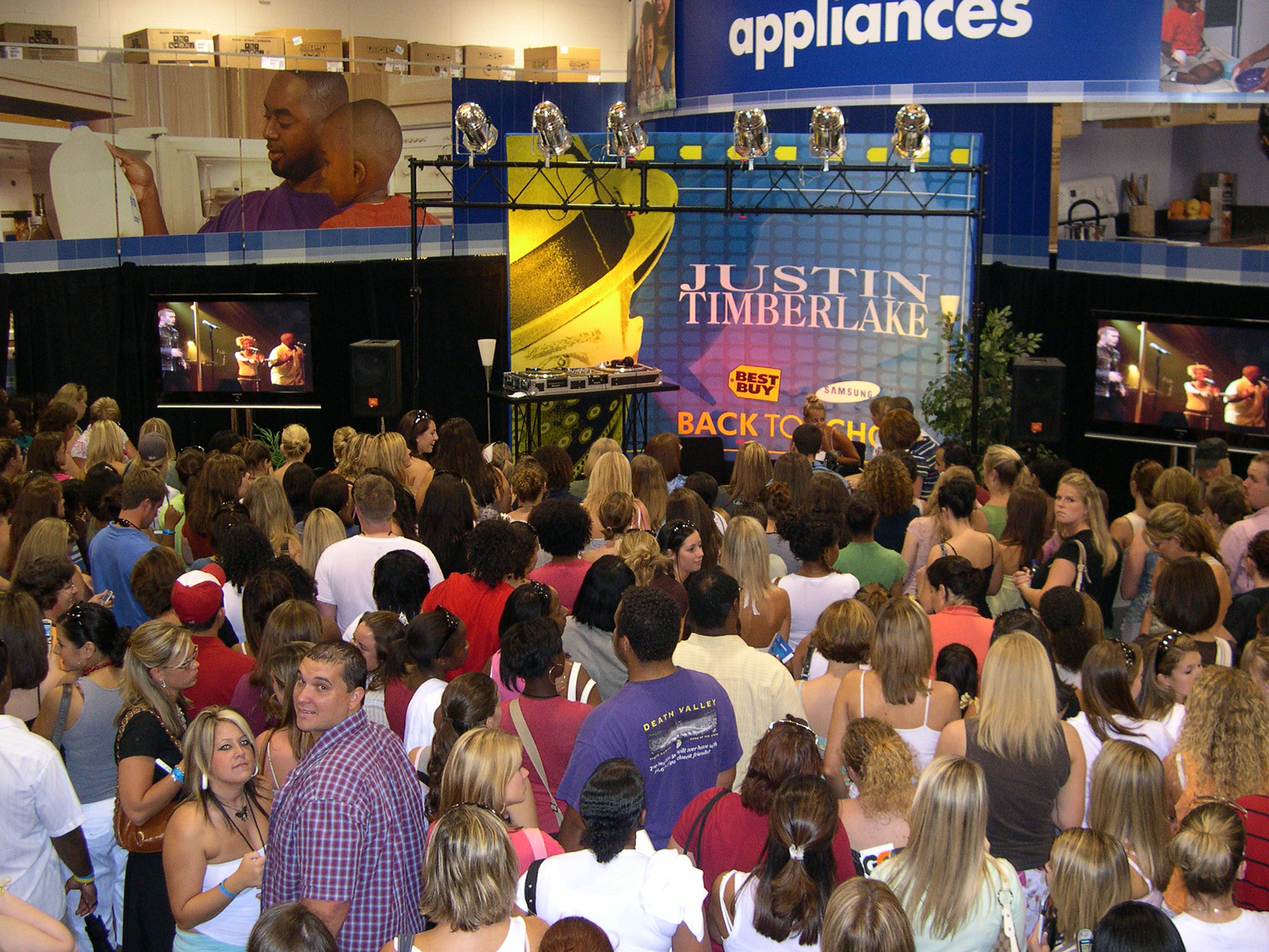 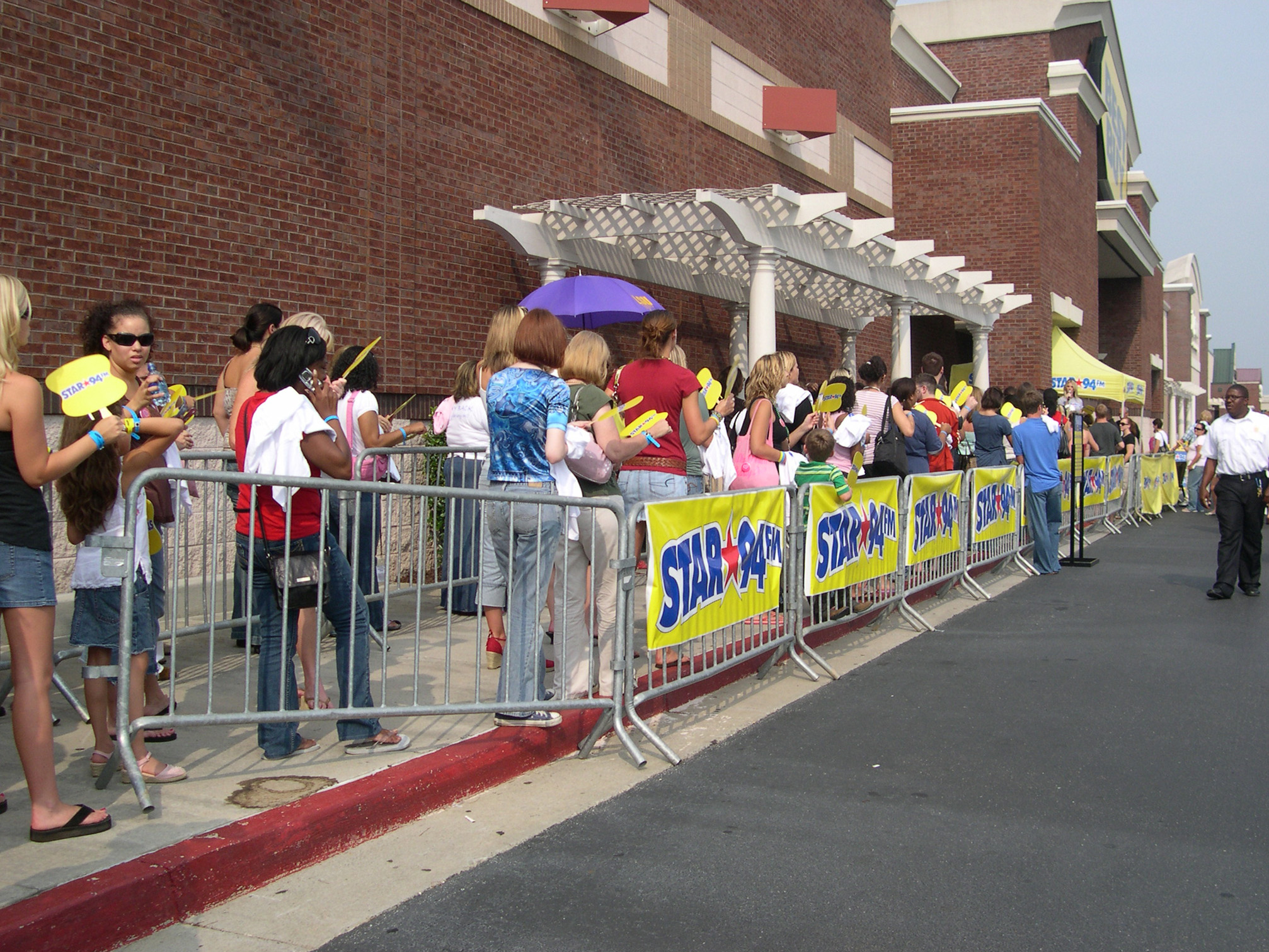 We were very excited to partner with Justin Timberlake to invent this new and exciting event format for our customer. It really brings the retail entertainment appearance to a whole new level, as well as the excitement around personal appearances, music and new releases in general. The traffic it drove was phenomenal, but most importantly it’s something that no other retailer is doing with its artist partners. You can definitely say you saw it at Best Buy first! 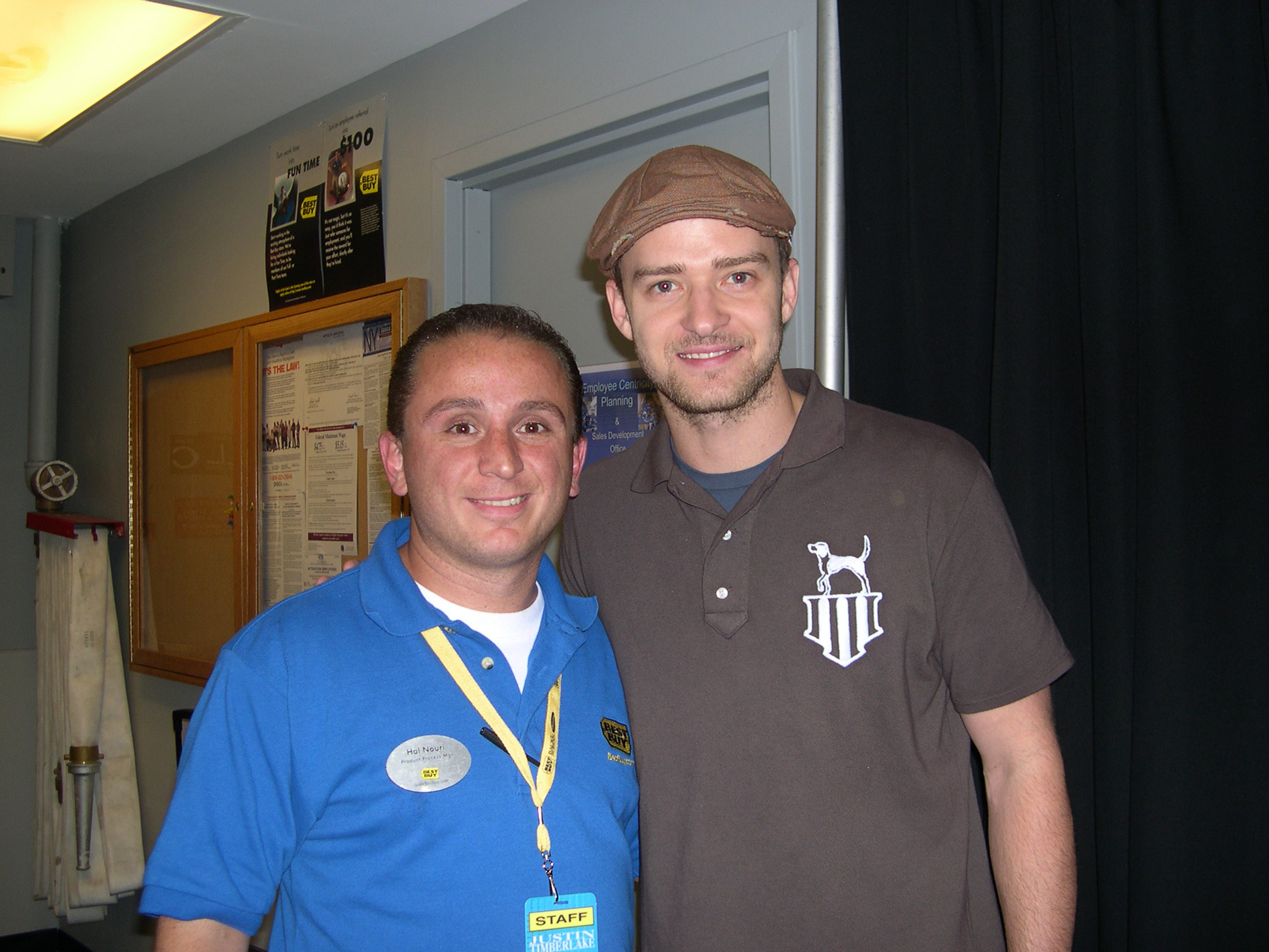