You Me Her Premiere Activities

WOW: Participants expressed their polyromantic spirit at SXSW and in Times Square.

You Me Her is TV’s first polyromantic comedy. To celebrate the launch of this smart, grounded indie rom-com on AUDIENCE Network, DIRECTV and NCompass activated a fun multi-tiered campaign at both SXSW and Times Square that truly captured the spirit of the show.

The challenge was to cut through the noise to create awareness and curiosity about the program and AUDIENCE network. To do this we put a creative spin on intimate moments typically for two people but now for three.

At SXSW branded bedicabs (pedicabs that had beds instead of seats), provided a source of transportation as well as entertainment for the attendees. Pop up bedroom photo ops were strategically placed at high traffic areas where attendees could have their picture taken with two of their friends designed to look like they were lying in bed. To continue with the polyromantic theme hotel take-overs were activated with custom designed door hangers and faux hotel key-cards with tune-in information about the show. 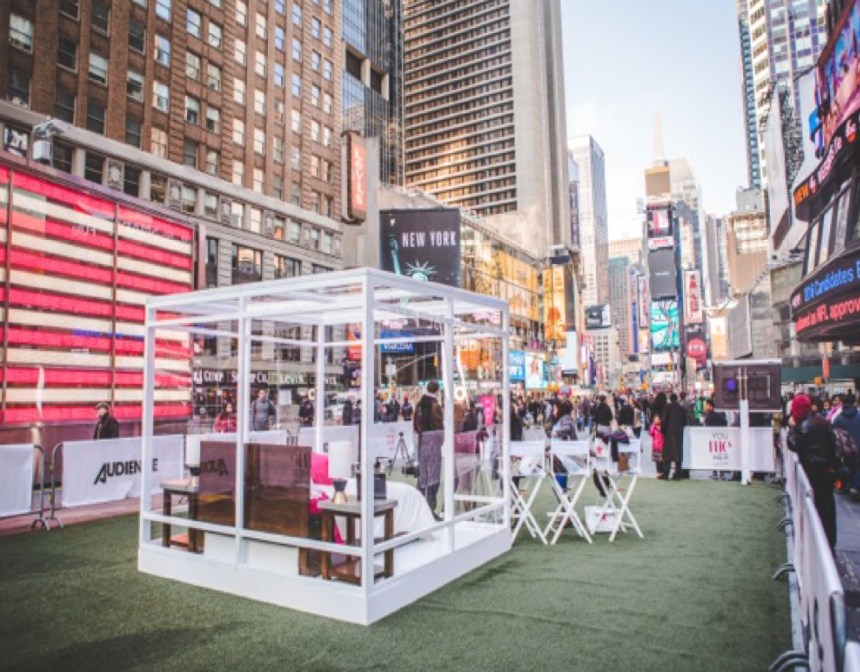 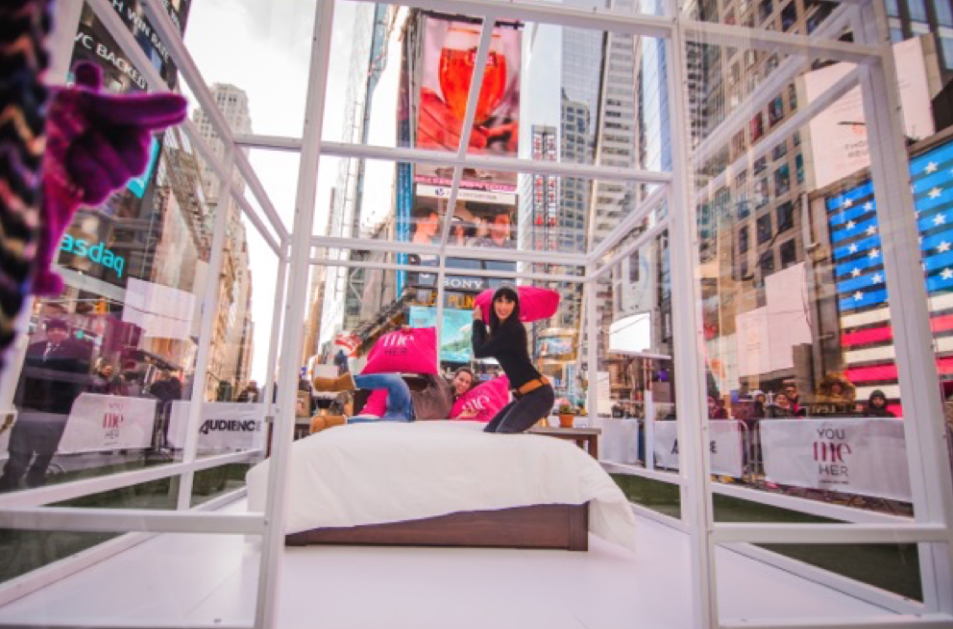 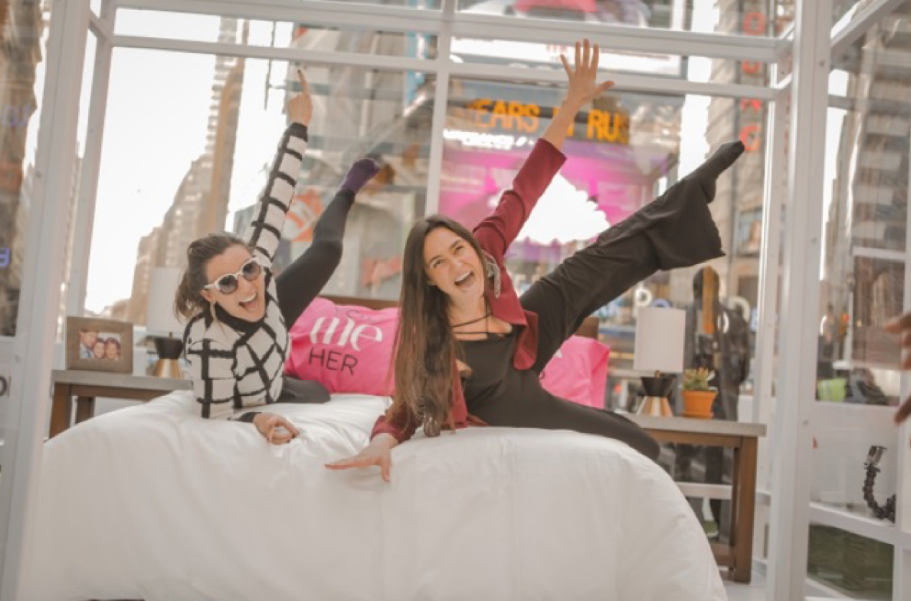 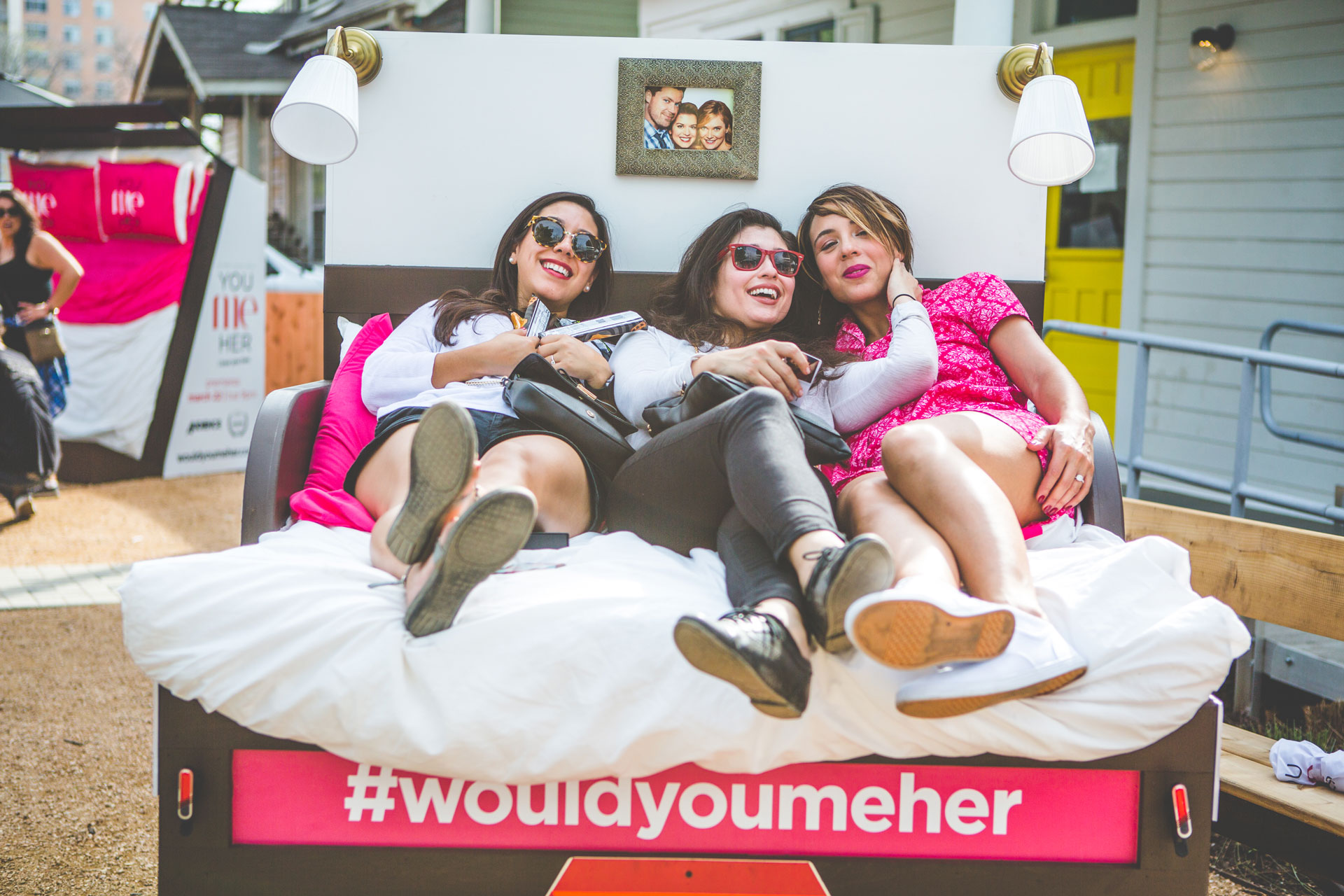 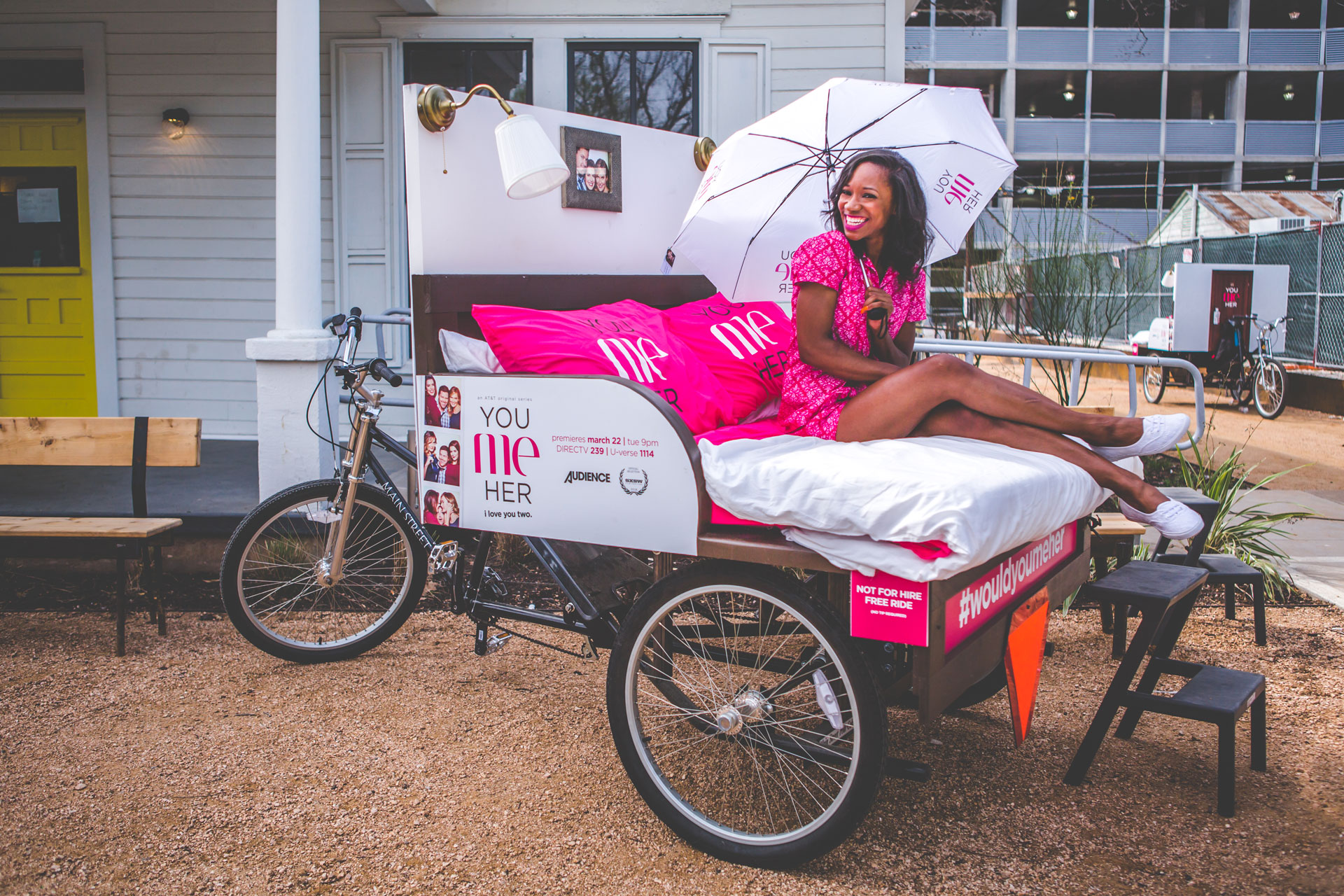 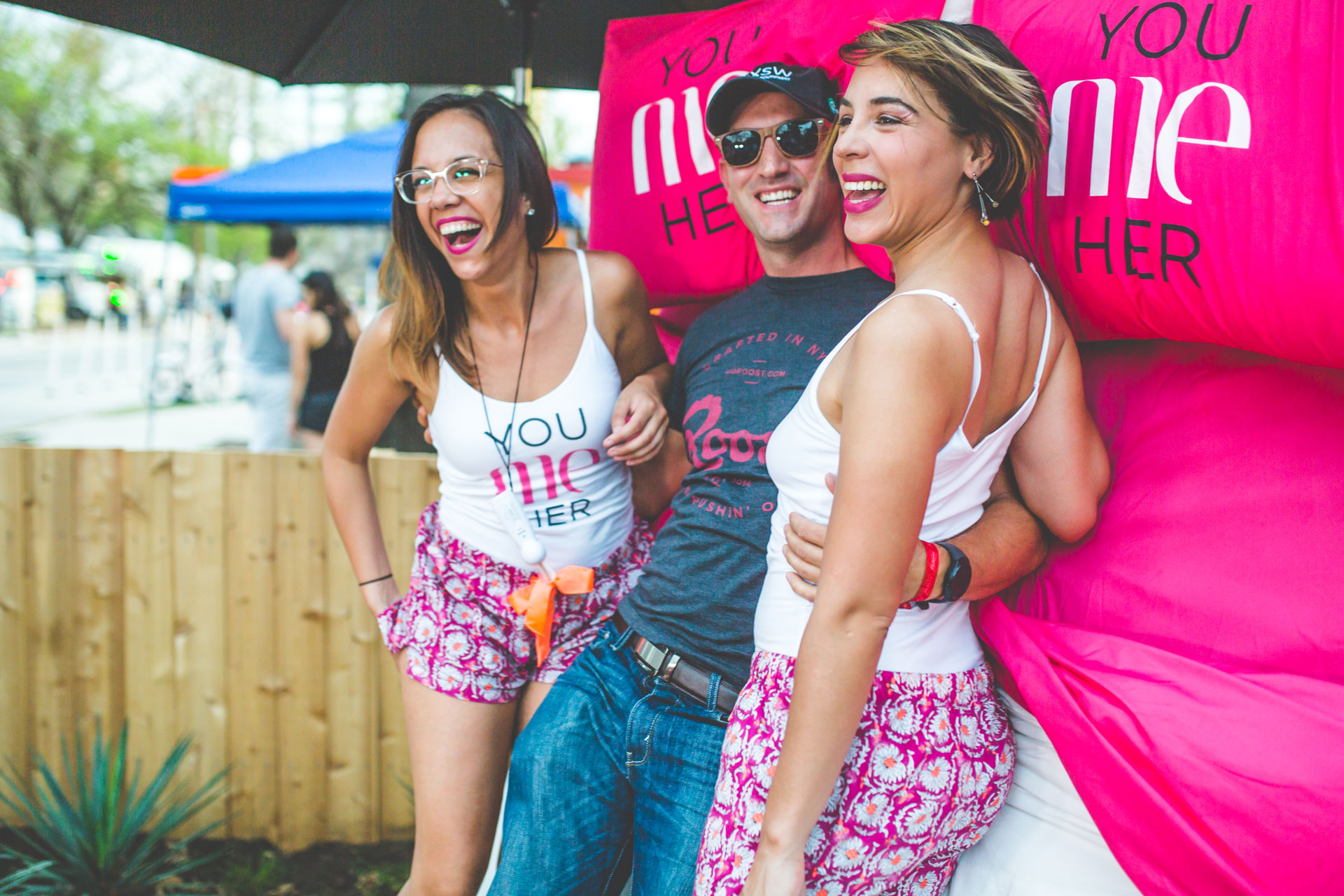 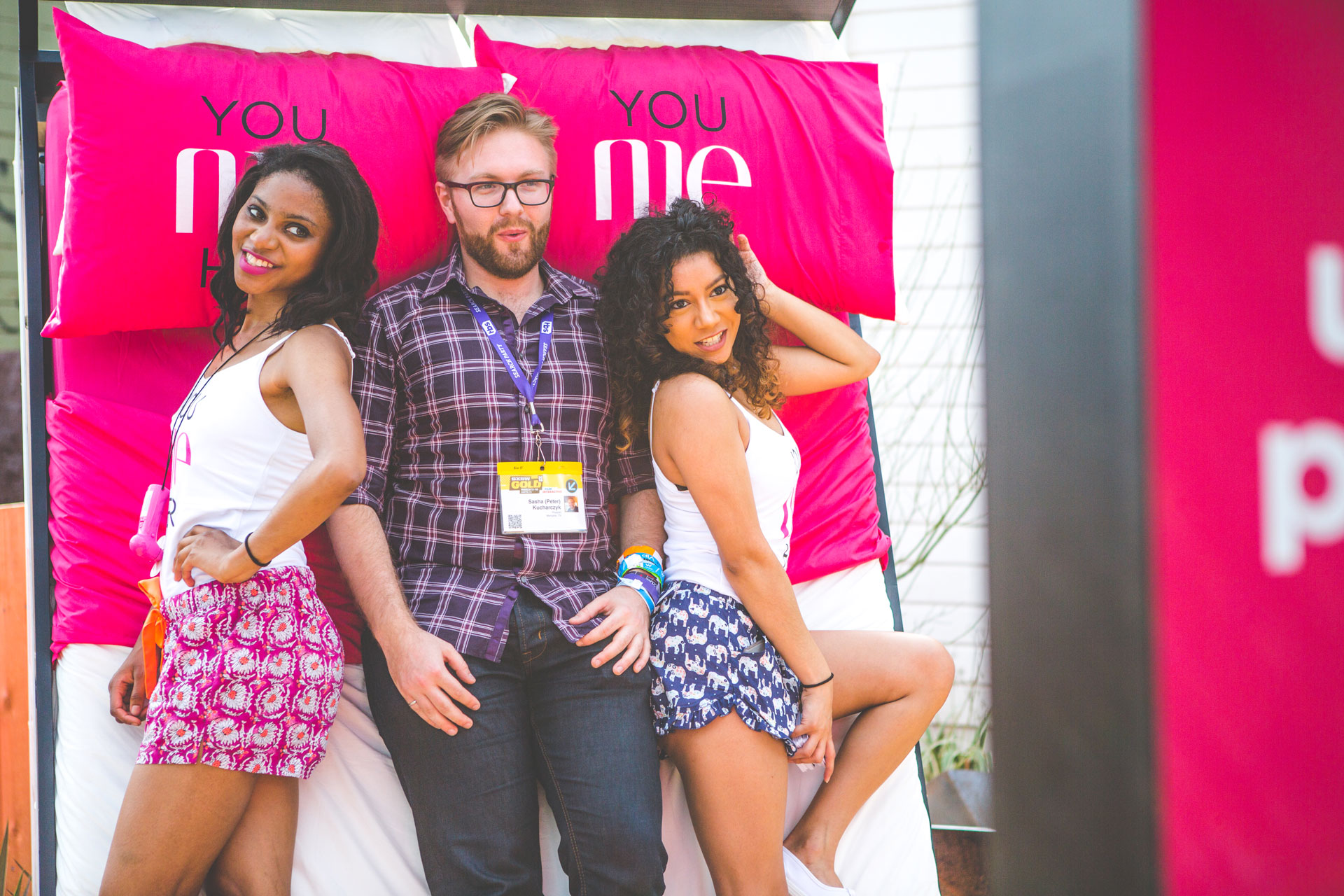 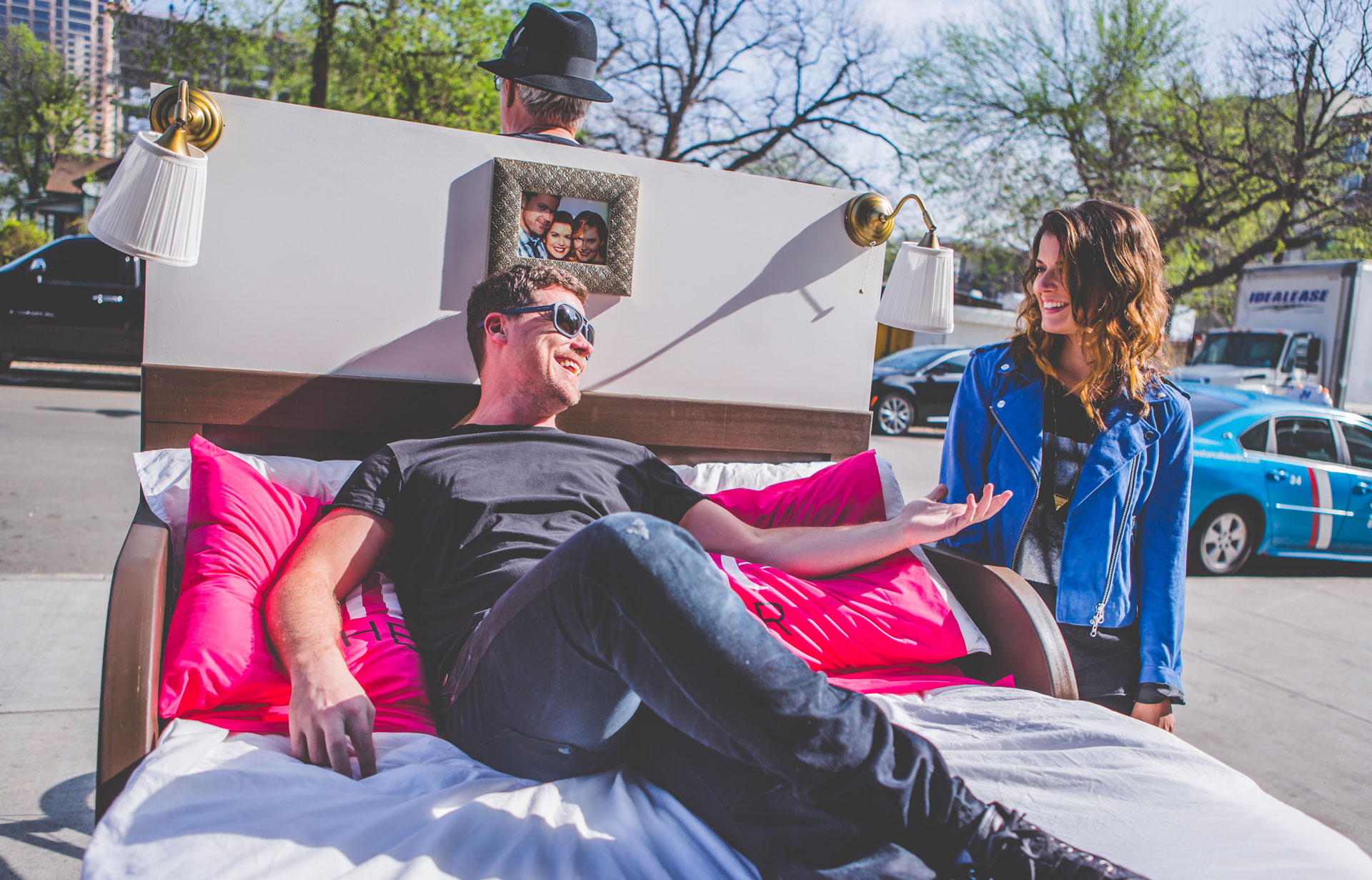